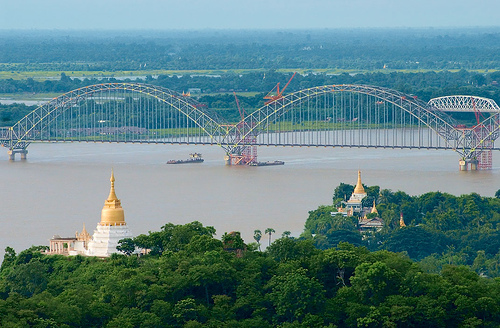 Sagaing is the capital of Sagaing Division in Myanmar. It is located on the Ayeyarwady River, 20 km to the southwest of Mandalay on the opposite bank of the river. Sagaing is a religious and monastic center, with numerous Buddhist monasteries. It briefly regained is position as a royal capital of Burma from 1760-1764.

The British-built a 16 span Innwa Bridge connects Sagaing with Mandalay, crossing the mighty Ayeyarwaddy River. It was built in 1934.Sagaing is renowned for its silversmith works at Ywa Htaung quarters and also pottery at Nwe Nyein village.

View of Sagaing Hill from the Ayeyarwaddy River

You can hike up to the top of this 240m hills and enjoy the whole view of Sagaing with pagodas and great Irrawaddy River. There are many pagodas on the top; some significant names are U Min Thonze and Soon U Ponya Shin Pagoda. Besides the hills, Buddhist pagodas are also the unignorable sites in Sagaing. Kaunghmudaw Pagoda is one of the must-see pagodas when you visit Sagaing. This special and impressive pagoda was built in Sri Lanka style with the shape of an egg, or you may call onion and golden stupa. This stupa was built by King Thalun in 1636-1648 to commemorate the re-establishment of Inwa as the Shan capital. The temple is particularly prominent as there are a number of Buddhist relics including reputedly part of Buddha’s tooth and an emerald bowl. The ritual hit ‘holy umbrella’ on top of the stupa is also well-known. There are 802 stone pillars around the Pagoda plus 120 ‘nat’ and ‘deva’ spirit images placed around the circumference of the stupa. The stupa is 46m high and has a 271 meter circumference, and 10,126,552 bricks are meant to have been used in the construction of the vast stupa. There is also a large white marble seated Buddha in a hollowed out base to the Pagoda. The third place in Sagaing that you must visit is the Inwa Bridge. This 1-kilometer-long bridge, also known as the Old Ava Bridge, was built in 1934 by the British to connect Inwa to Sagaing. It was used to be the longest bridge in Burma until the Thanlyin Bridge accomplished in 1993. Walking on the bridge and enjoy the beauty of Irrawaddy River and its dolphins, as well as feeling the cool wind and seeing the blue of the sky are also great way to discover Sagaing. 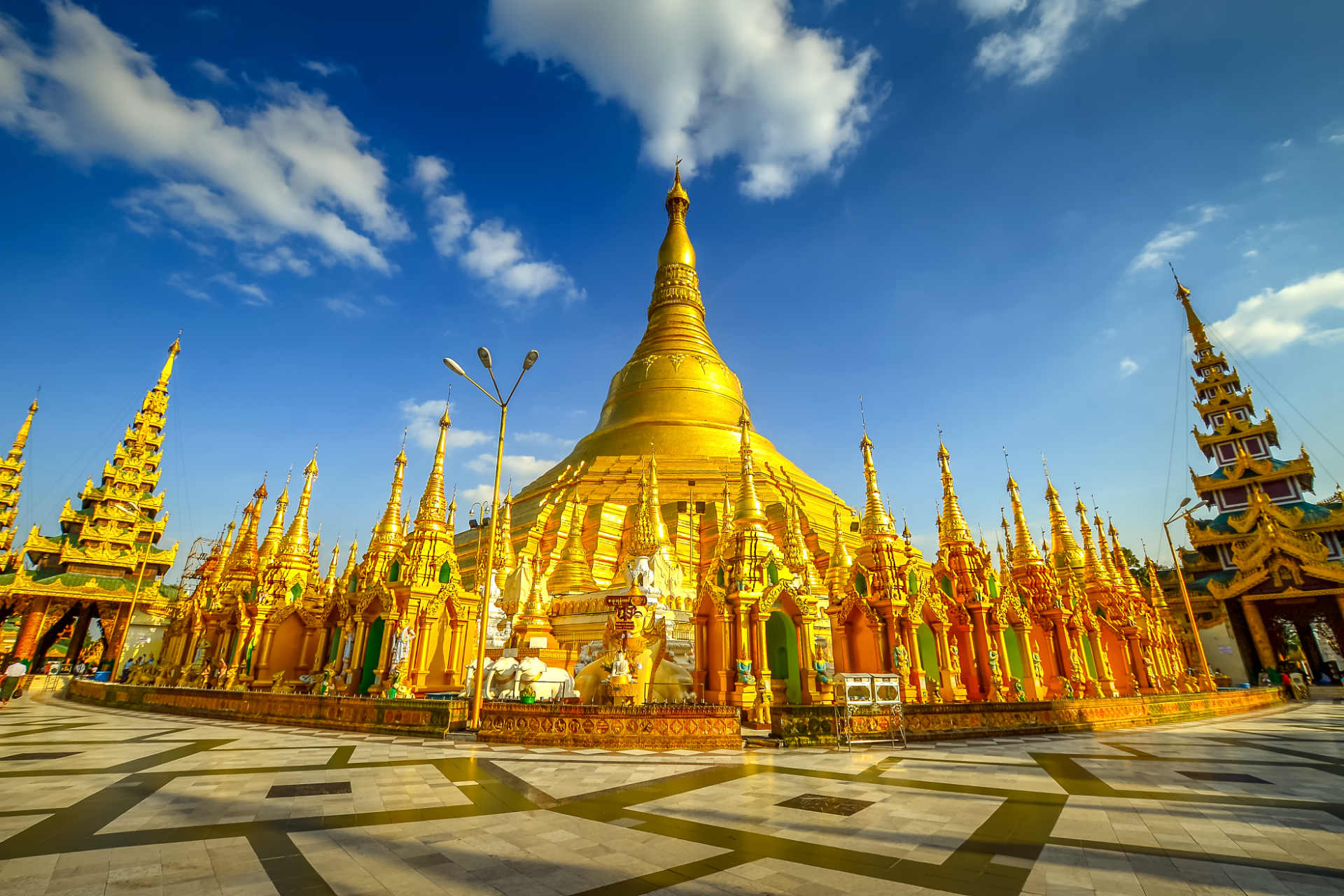